Some hundreds of years ago there lived a man in the rugged landscape of Utah – a place where survival for an extended period of time was difficult. He was an ordinary man who built a home for his family, a canal for his crops and his cows and a road to collect wood. He used to collect woods to keep them warm during the dark hours of the winter night. One day, he could not find his cow and went to search her. After a while, he not only found his cow but something ethereal. He was not prepared to see what he saw! Ebenezer Bryce unknowingly discovered today’s Bryce Canyon National Park that attracts thousands of tourists throughout the year.

Where to stay near Bryce Canyon National Park

Hundreds of pictures of the Bryce Canyon amphitheater in digital media failed to prepare me for what I saw when I ended up in front of the  Bryce Canyon Amphitheater. It is one indescribable masterpiece of nature. Bryce’s unlikely amphitheaters took 60 million years to make but we measly humans only just stumbled upon them. 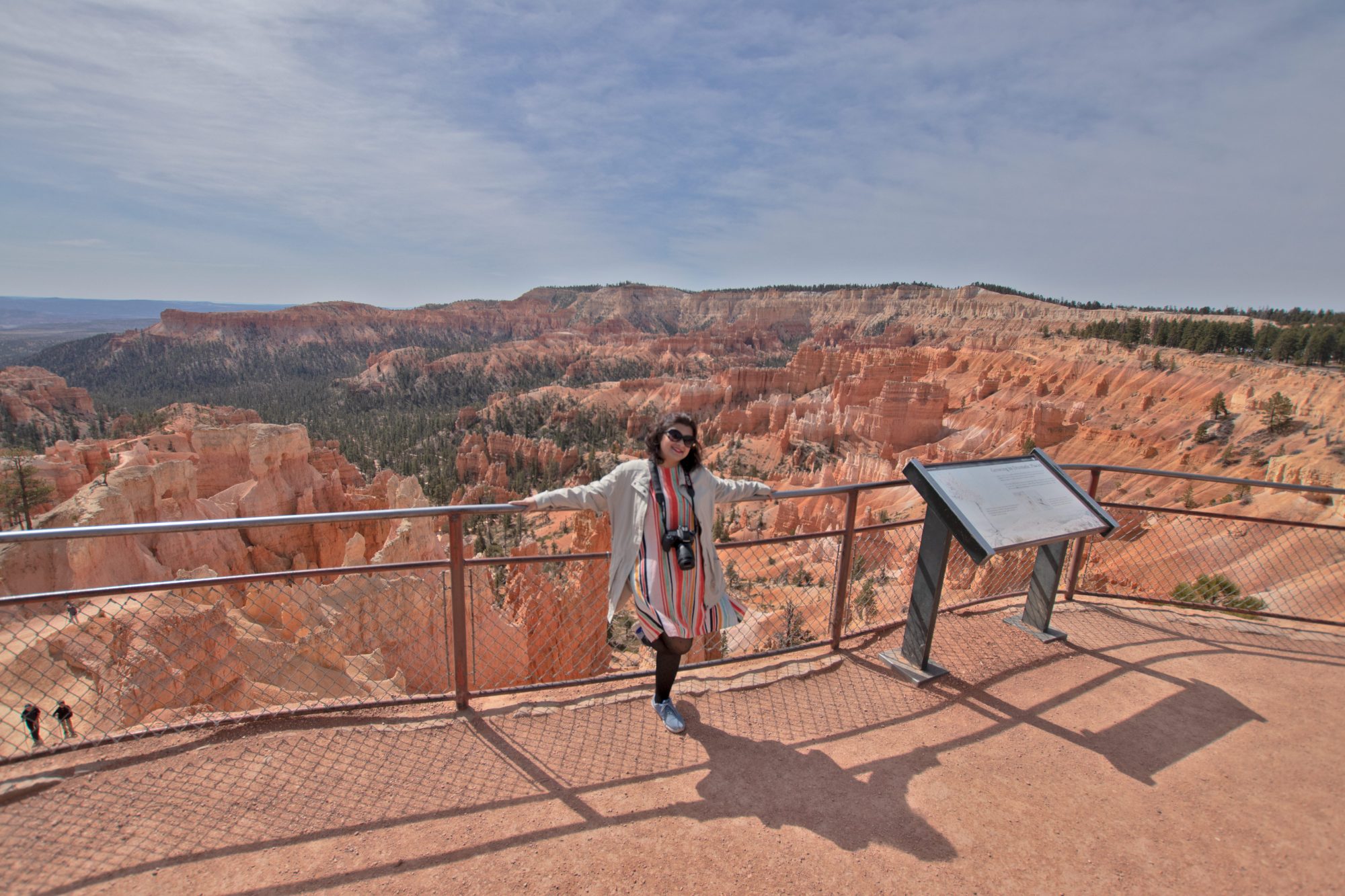 In front of the Bryce Canyon Amphitheater 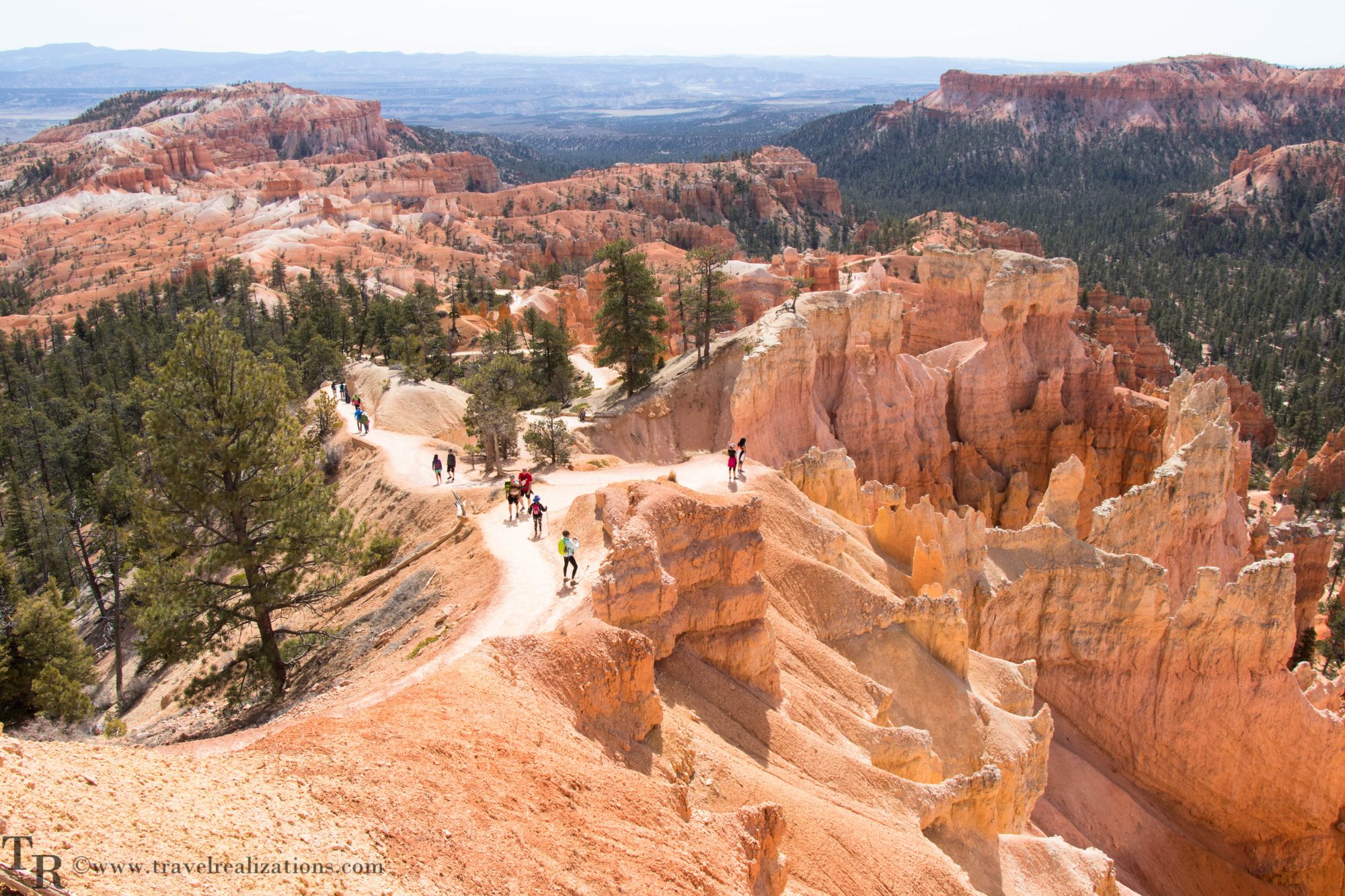 I was hesitant to even blink my eyes after seeing the vibrant Bryce Canyon Amphitheater. Sporadic green trees added an extra charm to the landscape. 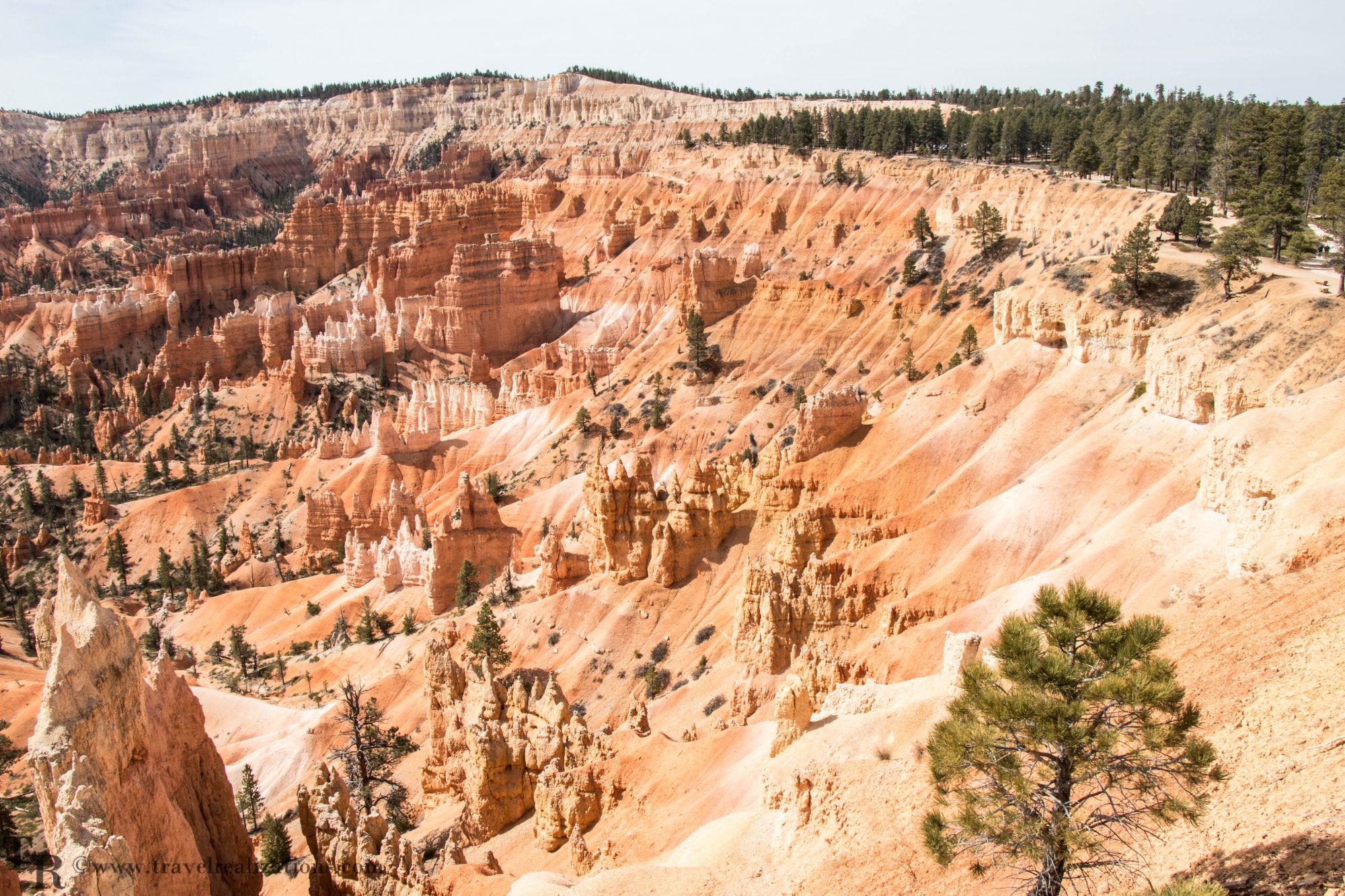 Over millions of years, softer spots have eroded away. Harder rock has remained and has been chiseled by wind and water into interesting shapes – the cliffs, hoodoos and castles that make Bryce famous.

We visited the Bryce Canyon National Park in the beginning of the April. It was cold that day. Since the sun was shining bright, we hiked for long. Every corner seemed new and had something to explore. Sometimes the colorful sandstone rocks, sometimes the shapes of the eroded rocks, made each and every corner unique.

Although to Ebenezer Bryce, it was simply,

a hell of a place to lose a cow.

but for me, it is a place that challenges our concept of beauty. Even a rugged land can gift us a landscape that is beautiful; uniquely beautiful. In fact, not just the Bryce Canyon National Park, the state of Utah in the USA is home to five beautiful national parks and all are unique in their own right. Perhaps, you will need seven days to explore the best of Utah. If you have enough time, head over to discover Zion National Park, another red rock wonderland!

Even a rugged land can gift us a landscape that is beautiful; uniquely beautiful. Click To Tweet 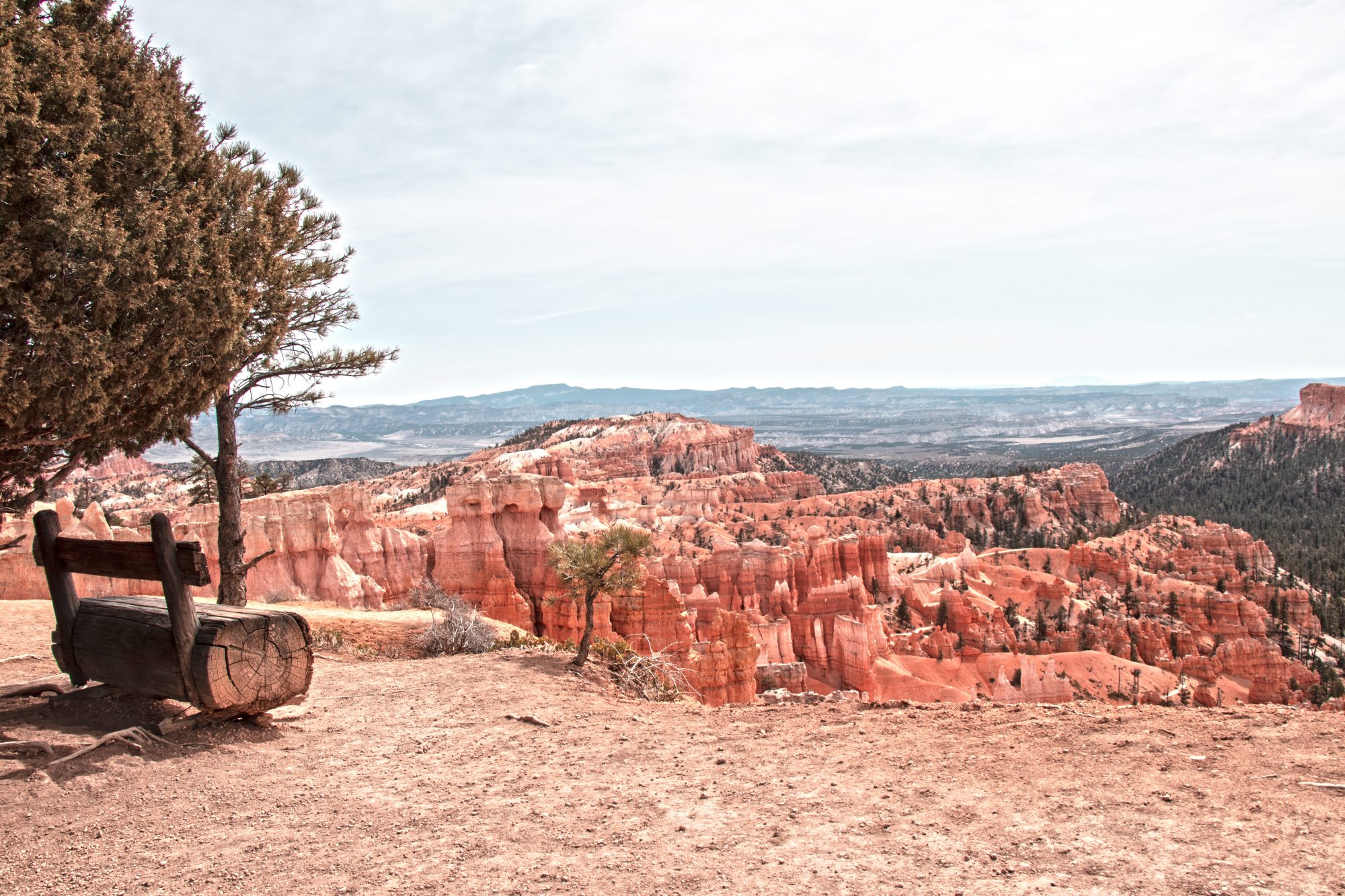 I can sit here for hours!

Hoodoos of the Bryce Canyon

I first heard the term hoodoos while researching for this trip and still remember distinctly the cold April morning when I was all excited to meet the Hoodoos.

Hoodoos (I don’t know why but I loved the spelling of Hoodoos and I am quite famous in my circle for such idiosyncratic characteristics) may resemble beautifully colored humans sculpted from stone, but they are simply the result of thousands of years of continuous erosion.

Hoodoos may resemble beautifully colored humans sculpted from stone, but they are simply the result of thousands of years of continuous erosion. Click To Tweet 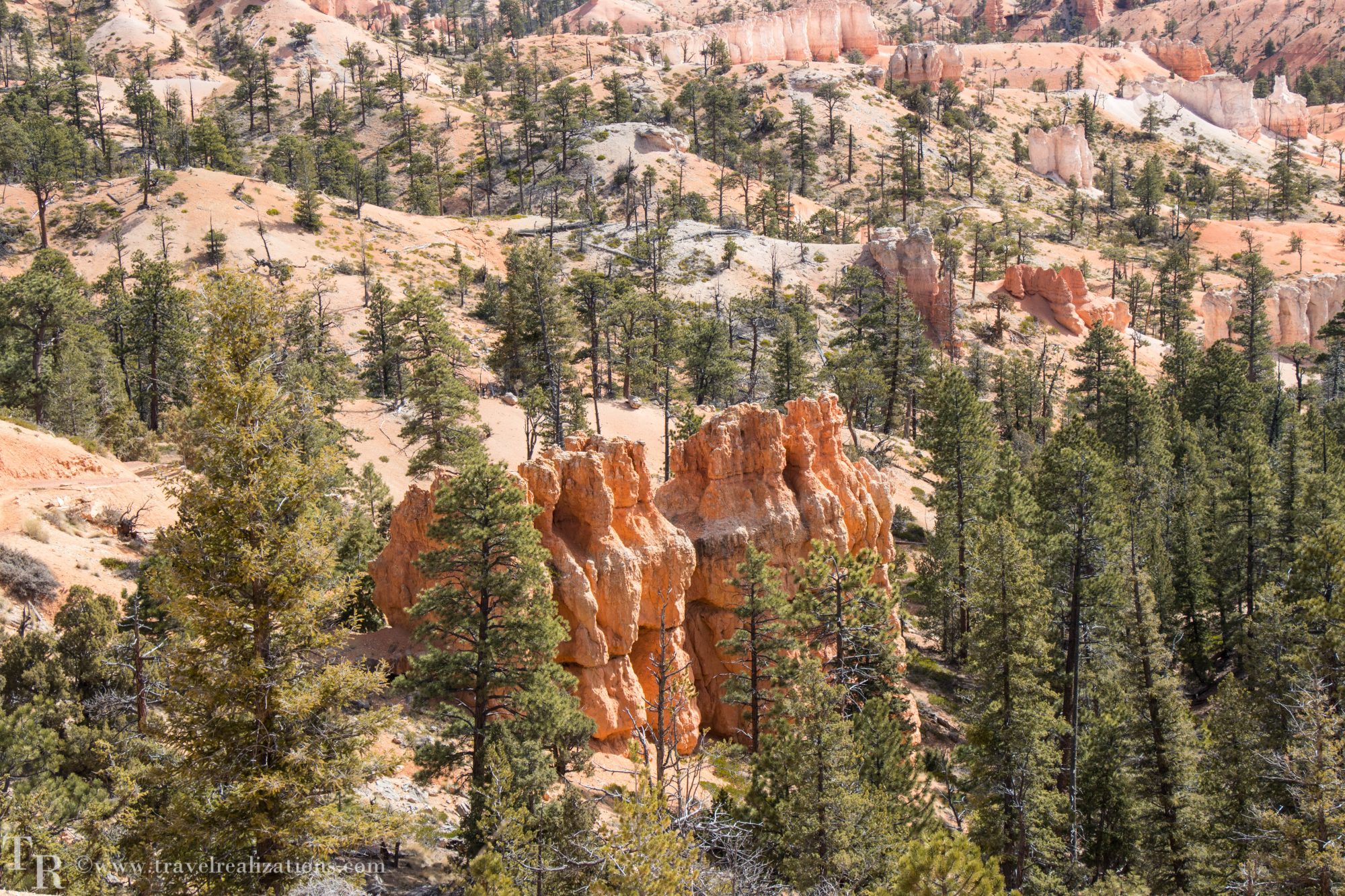 When I looked at these rock formations closely, they indeed resemble humans. To me they were two groups of people standing and resolving something important. 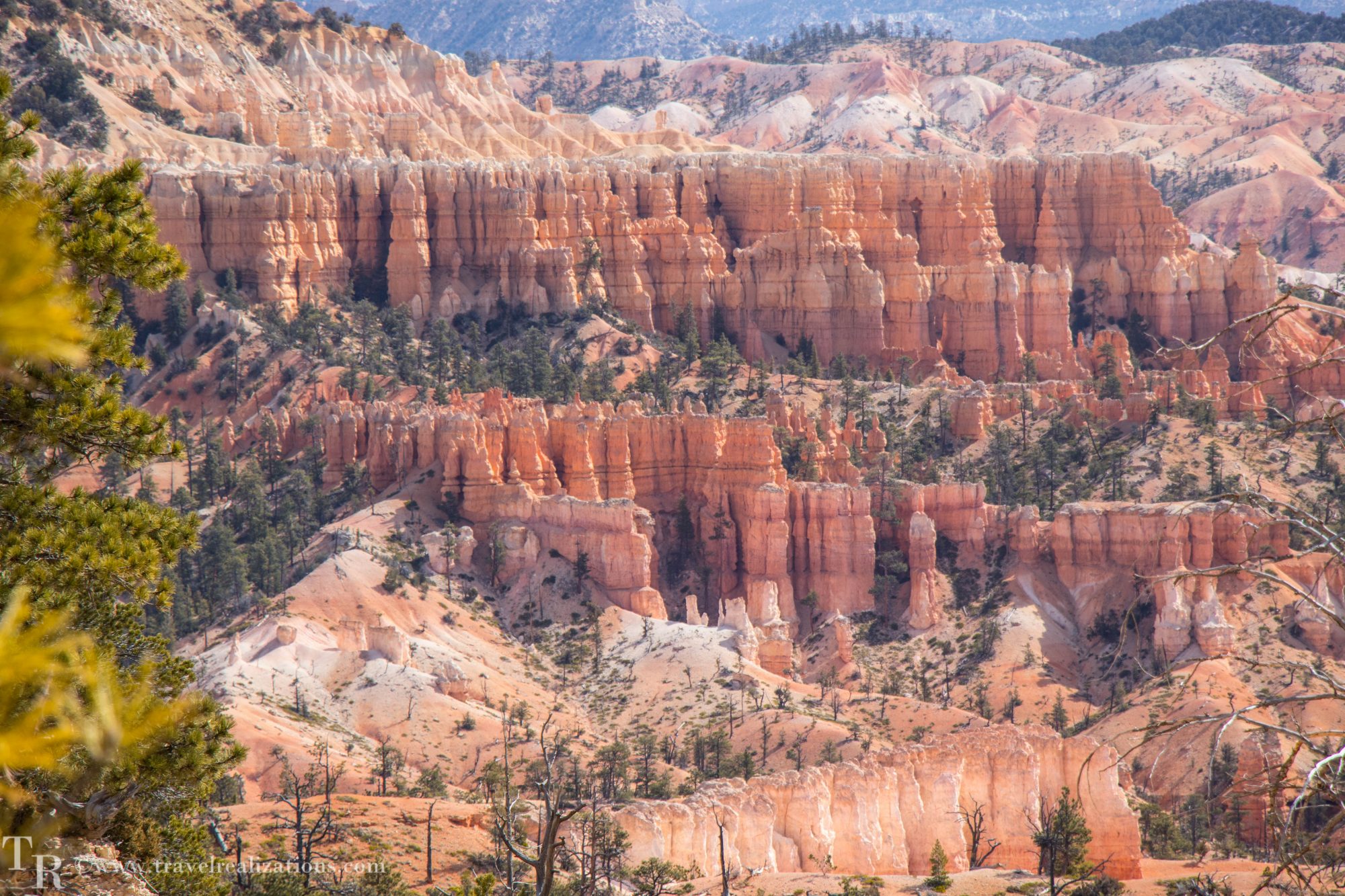 The Native Paiute called these formations Anka-ku-was-a-wits, red painted faces and believed they were the Legend People turned to stone at the hands of the Coyote God.

I will remember Bryce Canyon as a fairyland of hoodoos. In this fairyland, one can see red painted faces dressed in sunset shades; in this fairyland, imaginations run wild. I interpreted the colorful rocky spires not only as humans but to several other forms from real life. It was fun. 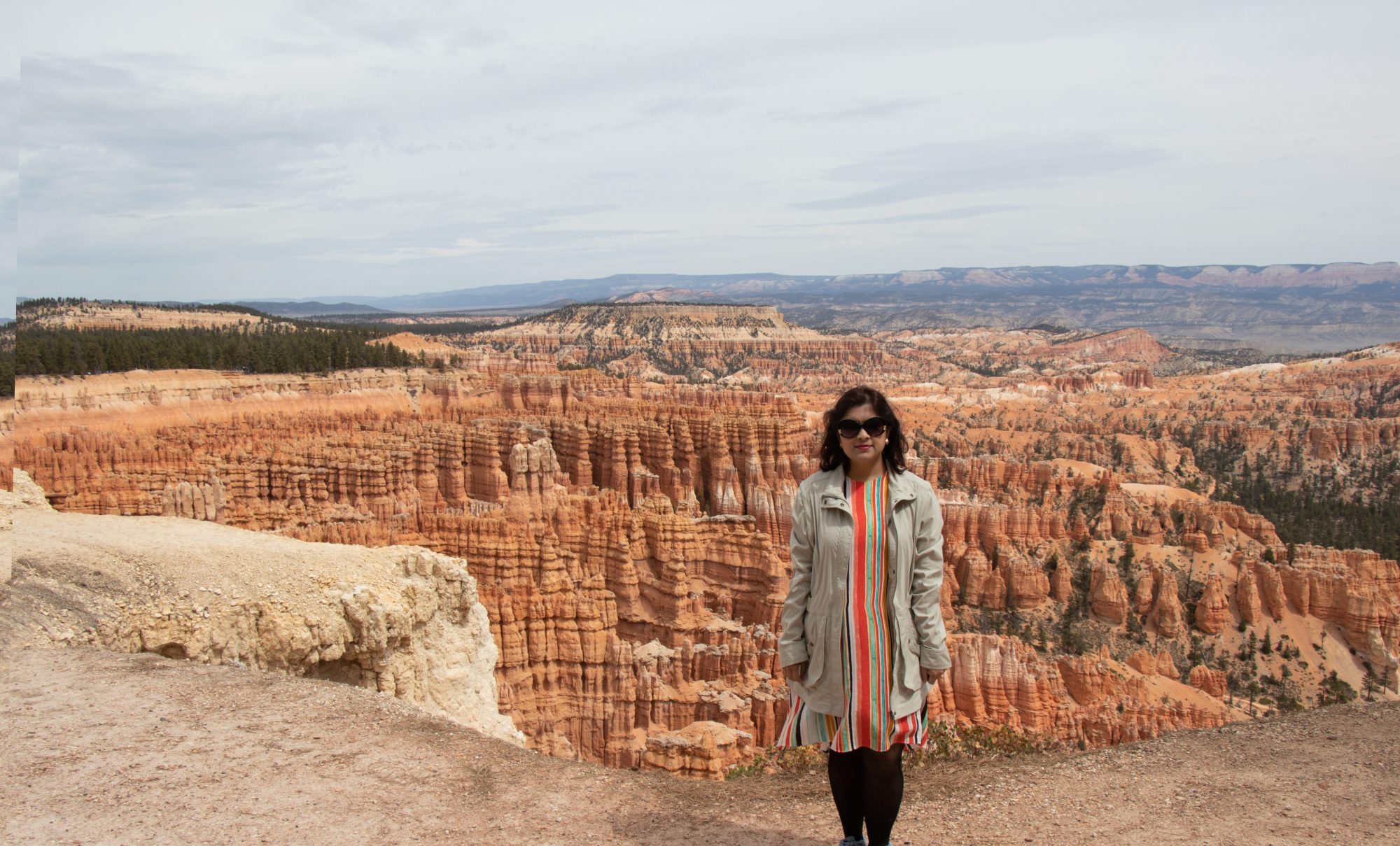 Believe me, the matching colors of my dress and the hoodoos is a mere coincidence!

After hours and miles of driving, when one can find a view as gorgeous and as unique as this then there is no space for regret; instead, your heart is filled with wonder. 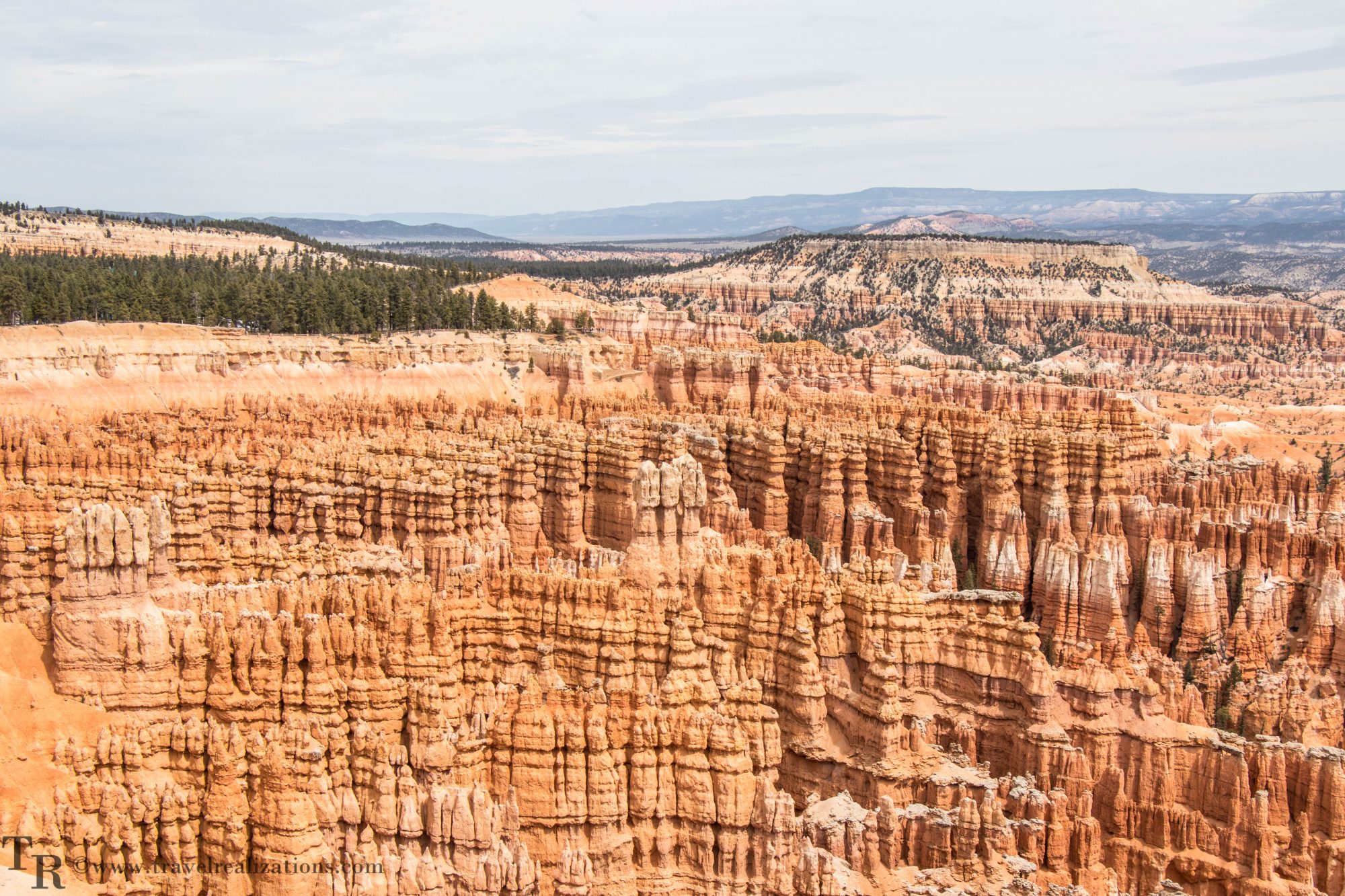 Only nature has the power to create something as unique and as beautiful as this!

As long as I live, perhaps wander and wonder will remain my perfect phrase. Finishing up my post with a beautiful quote by Edward Abbey, an American author and essayist.

May your trails be crooked, winding, lonesome, dangerous, leading to the most amazing view.

Get my latest articles in your inbox and join 10,000+ other subscribers!

If you enjoyed reading this article, spread the love! 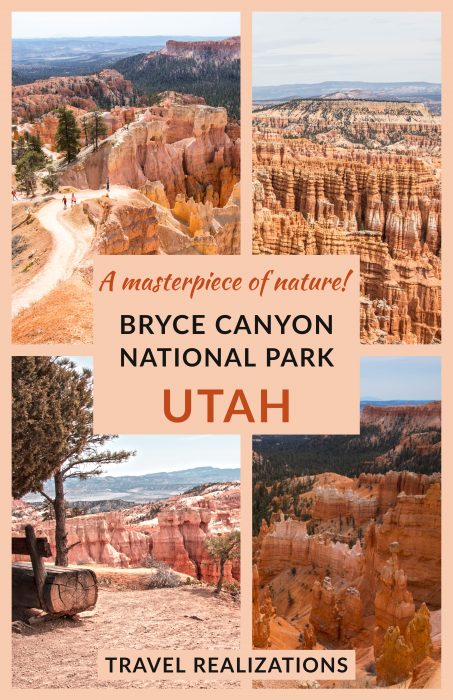 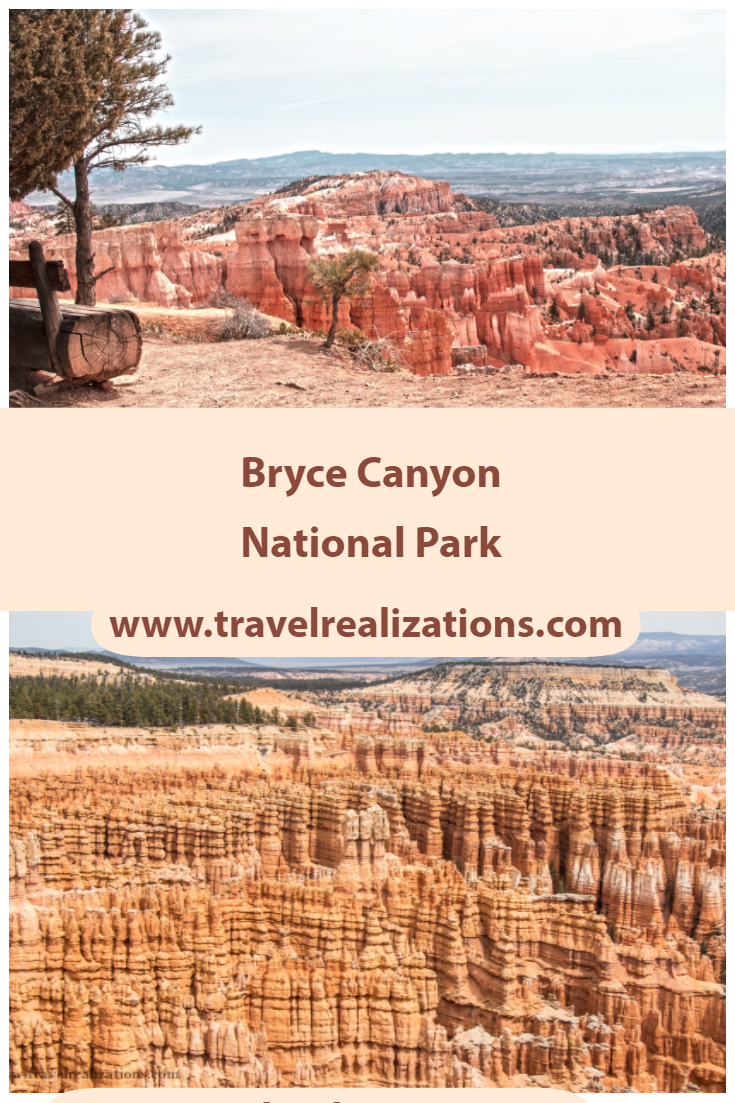 Hello. My name is Chirasree. I have been traveling for almost 11 years to places all over the world. I enter into a separate reality during my travels and enjoy the allure of escape from the mundane. I seek beauty through nature and human-made creations. Because beauty is powerful. I seek knowledge. I observe, absorb, and write about the places I visit and the profound realizations and inspirations that each place has to offer.

Bouquets To Art – When art blooms in San Francisco!

This site uses Akismet to reduce spam. Learn how your comment data is processed.

Hello. My name is Chirasree. I have been traveling for almost 11 years to places all over the world. I enter into a separate reality during my travels and enjoy the allure of escape from the mundane. I seek beauty through nature and human-made creations. Because beauty is powerful. I seek knowledge. I observe, absorb, and write about the places I visit and the profound realizations and inspirations that each place has to offer.

I lived in Switzerland for six years and dwelled in absolute beauty, day and night. The house of Herman Hesse in Lugano, Freud's house in Vienna, and Mesolithic paintings inside the Rock Shelters of Bhimbetka, India inspire me and have influenced my thoughts and made it multi-dimensional. Now, I live in the heart of Silicon Valley in [...]

Read more about me

Your Appreciation is Welcome!

Enter your email and be the first to get notified when I post an article.